I am sad to report that the Esplanade Club in Solana Beach held its last game on Sunday May 18, 2014 almost five years after it opened on June 26, 2009. The club was a victim of high rent, a cost that rose significantly beyond the rate of inflation in the obnoxious manner of north county landlords, where a periodic relocation is practically mandatory for both individuals and business to reset rents. Unfortunately for the Esplanade Club a suitable new location with sufficient parking could not be found in time.

The Esplanade Club would have barely made it to the five year mark but the new tenant, a pet hospital, was eager to begin renovations. The Esplanade Club management agreed to end its lease early under a favorable financial arrangement.

San Diego is fortunate enough to have several bridge clubs. Even so, the Esplanade Club met a need in an underserved area and its closing disperses what had become a close community. For an in depth technical look at that community see the Esplanade Payoff Matrix.

The bridge club was started by Donna Wood and Paul Foster. As far as I could tell, Paul spent most of his time at the club telling old war stories. Donna worked her ass off, holding down her day job for the first three years while running the club in the evening. On August 1, 2011, the club was purchased by Jade Barrett’s company Tournament Bridge Services and Donna continued on a the general manager. Jade played frequently at the club.

A group of club regulars lightened the mood on the last day by hiring a singing telegram from San Diego Lip Service. The group composed the following lyrics to be sung to the tune of Hello Dolly.

Well, good bye Donna
This is us, Donna

It’s so sad to lose you now that you belong.

We feel the room swayin’ cause the band’s playin’ one of our old favorite songs
from way back when.

I wondered at first if the visitor was a male stripper, though he didn’t quite seem like the type. Donna’s first impression was that he was one more annoying visitor from the landlord somehow involved with ending the lease. But when he got down to business she got a real thrill out of it. I’ve never seen her smile so much. Jeanette Bentley, Ginger Calvert, Lane Campbell, Jan Gallagher, Diana Glimm, Janice Joerger, Joan Kroener, Judy Litman, Cheryl Rodzach, and Harriet Smith deserve a big round of applause for ending things on the right note.

Donna and Jade’s farewell letter, posted to the Esplanade website on May 9, 2014, is shown below after the pictures. 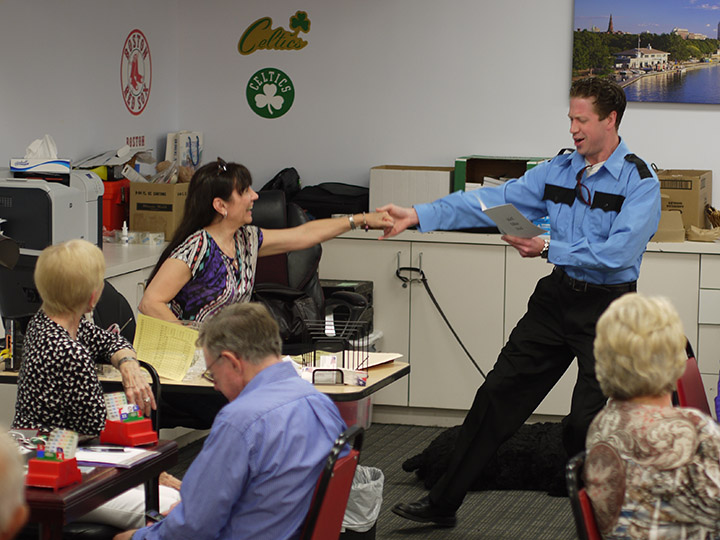 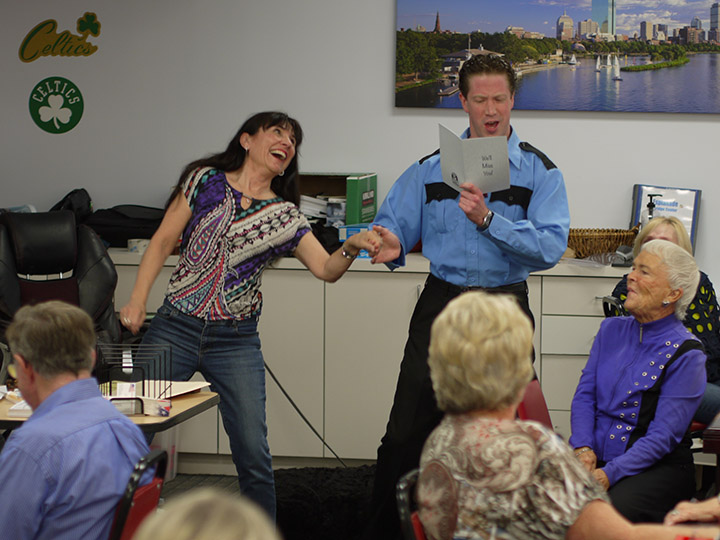 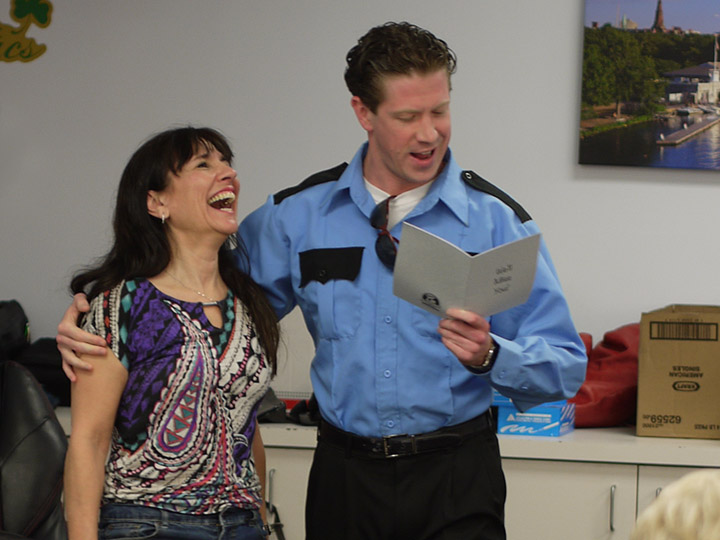 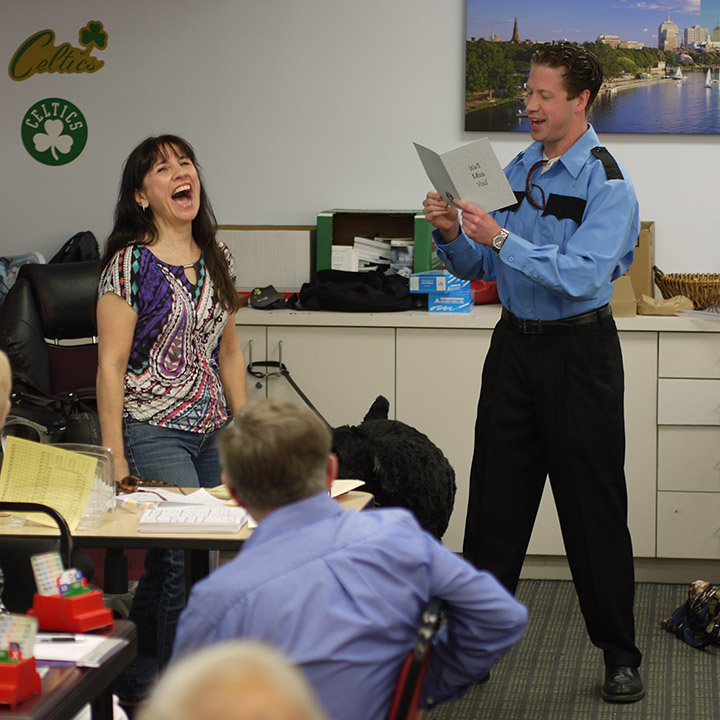 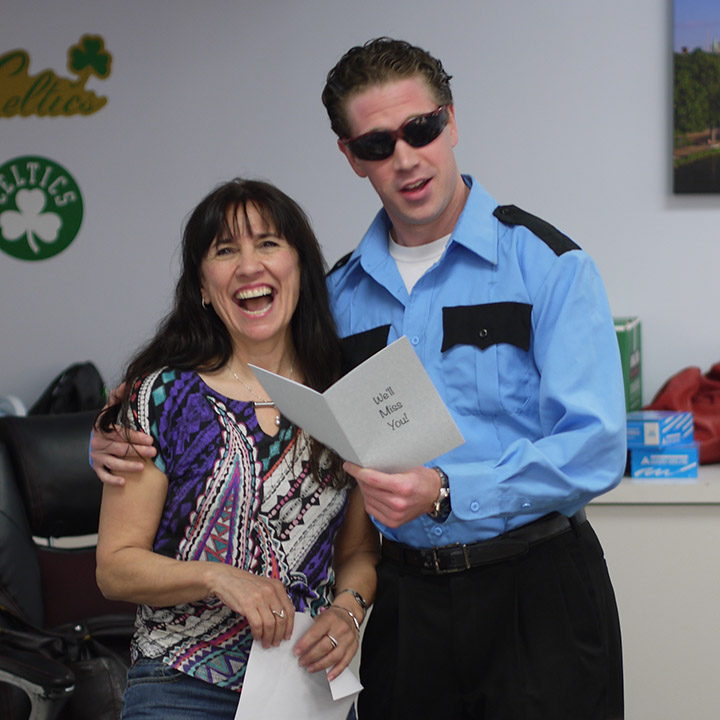 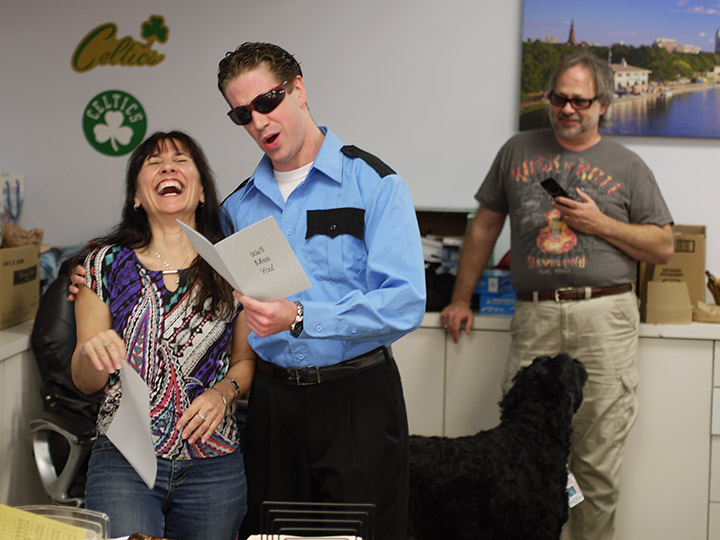 To Our Dear Players,


There is no gentle way to phrase what we are about to say, so we will simply say it. Jade and I are writing to you today to let you know that Esplanade Bridge Center will be closing its doors on 20 May 2014.

As you know, Esplanade’s lease is due to expire on 31 July 2014. The bridge club’s space has been leased to a pet hospital, and the new tenants are anxious to begin modifications to their space. Consequently, late in the afternoon on Wednesday May 7th the property manager proposed an early termination to Esplanade. After several hours of discussion, we made our decision to surrender Esplanade’s space on 20 May 2014.

Our intent is to hold our regularly scheduled games through Sunday afternoon, May 18th (Unit 531 Game). We will hold the Learn Bridge in One Day Workshop on 10 May, and we will hold the Major Suit Raises Workshop on 17 May. We will continue to play and teach in the San Diego area and maintain our educational relationships with all of our students.

If you are holding a pre-paid card that has remaining punches, we will be happy to reimburse you for the remaining games ($9 each). Please stop by the club and give us your card, or email Donna at DrDahner

gmail.com. Donna will send you her address so that you can snail mail your card with your return address. We will send you a check. We will reimburse remaining games through the end of June 2014.

On the personal level, we would like to take this opportunity to express our heartfelt thanks to each and every one of you for your support, attendance, loyalty, and friendship. These fine qualities have helped us get through some very difficult periods—we cannot express the depth of our gratitude. We look forward to our continued friendship.

Thank you again for all that you’ve done for Esplanade.